Qatar has one of the fastest growing economies and the highest income per capita in the world.

Qatar’s economy was traditionally based on fishing and pearling industries. In the 1940s, the discovery of oil dramatically transformed the state’s economy and the country has grown richer. All Qatari citizens today benefit from a high standard of living, with a record average wage and an unemployment rate close to 0% (close to 0.1% in 2017).

In 2015 Qatar had the strongest economic growth rate in the Gulf region driven by the increase of the oil prices and the implementation of a gas programme.

Qatar’s main sources of revenue come from the exports of oil and natural gas. In 2013 Qatar held 1.5% of worldwide oil reserves and 13.3% of worldwide gas fields (meaning that Qatar has the world’s third largest gas reserves). Qatar is the 4th producer of gas and the leading exporter of Liquefied Natural Gas (LNG) in the world.

To make profitable use of the country’s huge financial surpluses, the Qatar Investment Authority (QIA) was founded by the State of Qatar in 2005 to manage investments abroad. The country is also using these financial surpluses to launch large industrial projects (heavy industry). 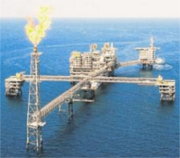 Qatar possesses 13.3% of proven reserves of gas. It is the third-largest in the world after Russia 27% and Iran 15%. The Qatari Peninsula shares the world’s largest gas field (known as the « North Dome ») with Iran and the country has become the world’s leading exporter of LNG in just a few years, far ahead of Russia, Canada and Norway. Qatar boosted its overall LNG production capacity from 31 million tons a year to 77 million tons annually to become the first producer of LNG in the world (32% of the total worldwide production).

Qatar also aims to become the world’s biggest producer of « Gas-To-Liquids » (technology for converting carbon compounds such as coal and natural gas into petroleum products).

Oil is one of the main resources for Qatar. It was first discovered at Dukhân in 1939. Oil production and incomes skyrocketed from 1973. In 2013 Qatar had 1.5% of worldwide proven oil reserves (accounting for 25.1 billion barrels or 2.6 billion tons).

Qatar is currently working at diversifying its economy. Tourism development is an integral part of this plan: 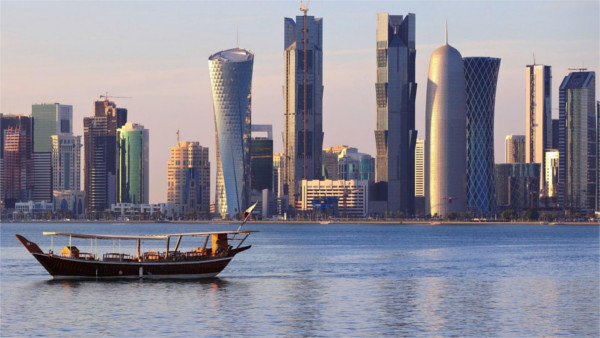