Qatar is an Emirate in the Middle East which gained its independence on the 3rd September 1971. 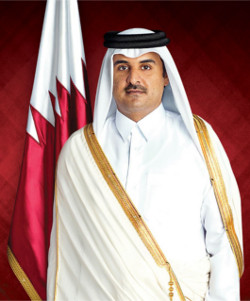 Qatar is a constitutional hereditary monarchy, with the Emir of Qatar as head of State and head of Government. The Al Thani family has ruled the country since the declaration of independence in 1971.

Under the referendum of April 2003, Qatari voters approved a new constitution that transformed the country into a democracy. The constitution lays the foundations for the principle of an independent justice and established the freedom of worship, the Consultative Assembly and parliamentary elections (even though political parties are not allowed in Qatar).

The Emir, Sheikh Tamim bin Hamad Al-Thani, rules the country with the assistance of the Council of Ministers and an Advisory Council. He holds both legislative and executive powers, and appoints the Prime Minister as well as the other Ministers. The Council of Ministers is responsible for proposing draft laws and decrees, and for supervising the implementation of these laws and decrees.

The Emir’s Mother, Her Highness Sheikha Mozah, contributes tremendously to the country’s development and influence. The Website offers extensive coverage of Sheikha Mozah’s projects in education, health, family and culture both on the national and international levels.

Qatar is a member of several organisations including: